The cross country team crumbled more records at the APS Championship Thursday at Grant Park.  The girls’ team finished second, 13 points behind Grady.  Sophomore Ellie Hankin took the lead from the gun and widened her lead by 50 meters every mile to win the girls’ individual title.  Her time of 21:15 shaved five seconds off of Madeline Pearce’s (class of 2016) meet and course record.   It was also good for the 17th best performance in school history.  Sophomore Kate Breeden was fifth with Sarah Hetzel, Rebekah Hetzel, Sarah Pearl and Aubrey Miller “pack-running” to take spots 9-12.  In the last five years, the girls have had two consecutive runner up finishes and three consecutive wins prior to that.

Senior Jackson Pearce led the boys to their second consecutive team title with a low 27 points.  He took the lead one half mile into the race and widened it the entire race to beat teammate sophomore Matthew Aspinwall by over a minute.  Pearce’s time of 17:07 was the third fastest time ever run at Grant Park.  He is the second fastest performer at the Park.  He is also the first athlete in history (boy or girl) to win three consecutive APS Cross Country individual titles.  A North athlete has won the boys race for the last six years.

The Warriors stuffed three other runners (Matthew Aspinwall 2nd, Mac Bloodworth 4th, and Matthew Self 8th) into the top eight to out-distanced second place Grady by a whopping 25 points.  This was the second largest winning margin in the last ten years.  The Warriors next race is the 6A Region 7 meet at Grant Park on Oct. 26th. 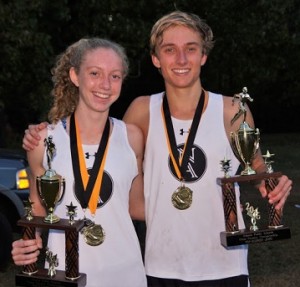 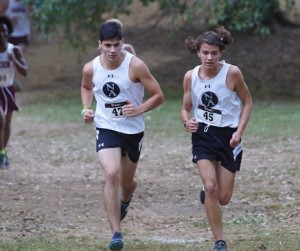